When Was the Last Time You Looked at Your Ceiling? 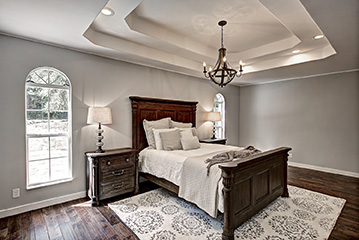 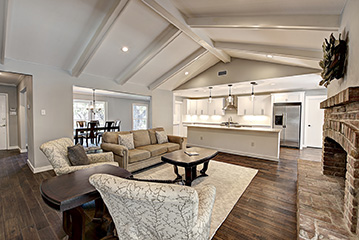 Everything You've Ever Wanted to Know About Ceilings

As I'm sure you can imagine, there is always a lot of planning and thought that goes into a home remodeling project. In spite of all of that planning, clients are often surprised when I suggest that they consider updating that big ceiling space above their heads. Even the best painting contractor or flooring contractor gets concerned when the potential exists that their hard work on a beautiful remodeling project could be overshadowed by an old and outdated ceiling.

This style was very popular back in the late sixties and on through the eighties. It really doesn't age very well as it is susceptible to air pollution (dust, smoke, etc.) and difficult to maintain.

The texture itself makes it difficult to clean or paint. If you have one of these ceilings in a room you that you want to update, what are your options?

Some of these ceilings can be installed without making structural changes to your home. Explore the possibilities with us when we discuss your next painting or flooring project.